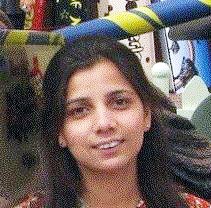 Visibility is often used as an indicator of air quality and visibility degradation caused by human pollution is seen as a major air quality problem, with most of the world's major urban areas being affected to some extent. Visibility is a complex phenomenon, governed mainly by the atmospheric extinction coefficient associated with gases, and solid and liquid particles held in suspension in the atmosphere. Its estimation is subject to variations in individual’s perception and interpretative ability as well as the light source characteristics and the transmission factor. Thus, any visual estimate of visibility is subjective. There is no single right way to monitor visibility, because visibility and its degradation are very much a matter of human perception. However, Meteorological optical range (MOR) or Visual Range is a good proxy for the visibility which can be quantified/measured using several techniques. Several instruments have been developed to get an estimate of visibility based on light scattering, nephelometry, lidar, or transmissometry principles. However, most of the instruments have several limitations and hence efforts are required to develop better visibility meter. The main objective of the present study was to develop a compact visibility meter that can be used to quantify visibility or visual range of the atmosphere during low visibility scenarios, e.g. fog, hazy atmospheric conditions, etc. The thesis describes the work carried out on developing an instrument for measuring visibility, particularly when the visibility is low (< 3000 m). The instrument is developed using transmissometry principle. Red light-emitting diode laser at 670 nm wavelength has been used as the source of light. Two identical Si-photodiodes with spectral response in the range 350 - 1100 nm and active area of 10 mm square have been used for measuring source and receiver light energy. Results and analysis carried out in the present work suggests that the instrument developed has the potential to be made into an available instrument for measurement of visibility in the low range i.e. in smoky and foggy conditions. Further improvements such as (i) re-fabrication of optical breadboard using materials that have lower thermal expansion coefficient and resist vibrations, (ii) a telescopic type of arrangement to reduce laser beam divergence, (iii) proper enclosure to eliminate the effect of ambient light falling on the detectors, (iv) appropriate filter, (v) laser light of much higher power, and (vi) increase in baseline distance using set of parallel mirrors, etc. may be considered for future work.