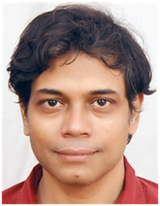 Debabrata Goswami is currently the Prof. S. Sampath Chair Professor of Chemistry, at IIT kanpur. He became Professor (Higher Administrative Grade) of The Department of Chemistry, The Center for Lasers & Photonics, The Design Program, and The Center of Cognitive Sciences at IIT Kanpur in 2017. An alumnus of IIT Kanpur, Prof. Goswami attended Princeton University, USA with multiple scholarships for his PhD (1994) where his thesis was Adjudged Excellent and won the HST fellowship. This was followed by PDFs at Harvard University (1995) and Brookhaven National Lab (1996). He was a Senior Scientist in the R&D Division of Excel-Quantronix, New York (1997) and subsequently the Director of Laser Laboratories at the Center for Laser Technology, Princeton University (1998). He returned to India at the end of 1998, to join the Physics Faculty of TIFR Mumbai. In 2004, he joined IIT Kanpur to also focus on pedagogy. Over the years, he has also been invited to several reputed Institutes worldwide as a visiting Professor. His research work spans across several interdisciplinary frontiers of science and engineering. Specifically, he is an ultrafast laser spectroscopist who has pioneered the use of coherent control with femtosecond pulse shaping in spatiotemporal control, quantum computing, microscopy, etc. He has received several academic & research accolades, some of which are the Hoechst Advanced Technology Division Industrial Affiliates Fellowship for outstanding academic record in Princeton, the International Senior Research Fellowship award of the Wellcome Trust (UK), the Swarnajayanti Fellowship of the Department of Science and Technology (Govt. of India), Thathachary Science Award (India). He is a Fellow of the Royal Society of Chemistry, the Institute of Physics, the Optical Society of America, and the Society of Photo-Optical Instrumentation Engineers (SPIE). He is a Senior Member of IEEE and is on the board as a life member for several affiliate Indian societies. He has published over two hundred research articles, several book chapters, edited conference proceedings and books. He is on the Editorial Board of several journals including PeerJ and has been the Editor-in-charge of Journal of Spectroscopy and Dynamics. He is an ardent supporter of Science Education and is a popular K12 teacher on Indian television. He is a faculty of the Fab-academy, which champions the worldwide spread of hands-on Fab-lab education.

Under the National Mission on Education through Information and Communication and Technology (NMEICT) initiative of Ministry of Human Resource Development (MHRD), Government of India, in 2013, Prof. Goswami set up the Ultrafast Laser Virtual Lab hosted at IIT Kanpur. The Virtual Laboratory is an interactive environment for creating and conducting simulated experiments: a playground for experimentation. It consists of simulated laser chacteristics: their interaction with medium in experimental units called the “modules” that encompass data files, interactive tools etc.

As part of his comittment to pedagogy intiatives, Prof. Goswami teaches a graduate level, twelve week course on Quantum Computing under the NPTEL initiative, presently being run on the Swayam platform. It has been running for three sucessful iterations and is an All India Council for Technical Education (AICTE) approved faculty development program course as well.

Visit the FemtoLab Publications page for abstracts and full-texts, or the FemtoLab Research page for more contextual publication lists. Since the publications of Prof. Goswami are equivalent to the Femto Lab publications, instead a publication network is presented, as generated on the 13th of August 2019. The nodes are weighed such that each collaborator is connected and located based on their number of collaborations as well as the recency of said collaboration. 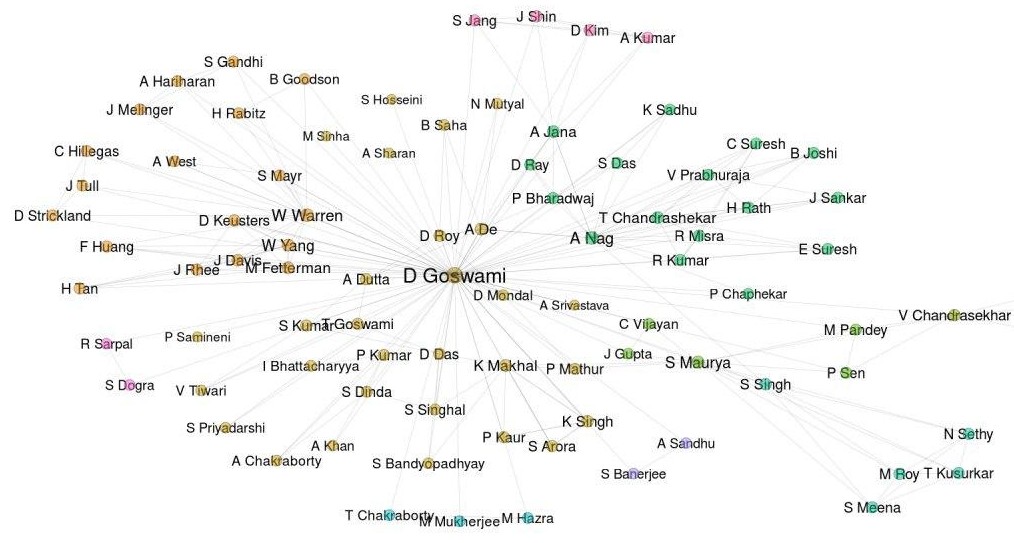