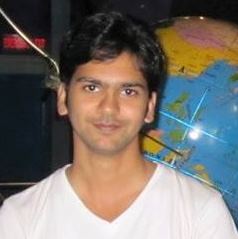 Blind Deconvolution is a key area in signal processing and image processing. It can include deblurring of an observed signal to remove atmospheric effects. In this thesis we will present method to restore and improve the quality of the satellite and microscopic images. Usually during the launch of the satellite by a rocket, the satellite camera position or features may be disturbed resulting in blurred images. Similar problems arise in confocal fluorescence microscopy when the sample is not focused properly, resulting in the acquired images to be blurred. In such cases blind image restoration will be applied to deblur the images. The deconvolution tries to invert the blurring of an image that is modelled by the convolution of the observed image and its point spread function (PSF). Blind deconvolution does this without the knowledge of the point spread function (PSF) that has blurred the image. In this thesis we propose an algorithm for total variation (TV)-based blind deconvolution. Both the unknown image and blur can be estimated within an alternating minimization framework. With the generalized cross-validation (GCV) method, the regularization parameters associated with the unknown image and blur can be updated in alternating minimization steps.